Back on the SJW 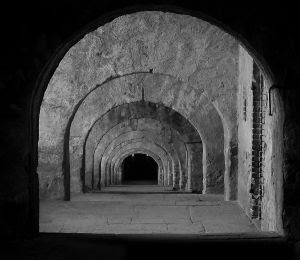 Black days engulfed me right after that last post. There was no real trigger - is there ever? - I just suddenly found myself back at the bottom. If this is mild depression I can't imagine what those with right proper depression go through.

Money is part of it and it might have been what started down the slide but I really can't blame my middle-class poverty. I think it was probably more of where I put my focus rather than the actual cause. Money's been tight now for, well, over a year but I've been up and down plenty in that time. But it's always good to have an excuse for the negative thoughts, isn't it? Gives one the idea that if it weren't for this one thing everything would be roses.

Besides, what better thing than money to focus on? It is the measuring stick of our culture, isn't it? If I'm going to be depressed and plop on a healthy dollop of low self esteem then there's hardly a better way to justify those feelings than to concentrate on the thing about which society agrees with me - I have no money and colossal debt therefore I am a mean little man.

The amazing thing about my depression - and many others' I'm sure - is that it creeps up on me so subtlety, so stealthy that I don't even know it's there. I can't say when for sure that it started, just that for the last week and a half it's had me under its control. But at the time I simply believed that I was worthless and deserved nothing. Depression didn't occur to me.

The tip off came yesterday. I had two night terror dreams two nights ago. Twice in the pre-dawn hours of the morning I woke up shouting and in a panic. Both times I managed to go back to sleep. And then I slept very late into the morning. I had no reason to - I'm no more or less rested these days than usual I just couldn't stop sleeping. Then once I'd finally rousted myself and was thinking about my chores for the day I thought, 'wouldn't it just be easier to put a gun in my mouth?' I thought about where I could do it that would a) cause the least amount of mess and b) cause my wife the least amount of shock.

Then I realized that I was ticking through the symptoms of depression. The big D was back. So, I took a St. John's Wort capsule at lunch but forgot to at dinner. That's because I fell asleep AGAIN at 6p and slept right up until my wife came home at 8. I was too groggy and distracted by the fact that I'd missed making dinner for us to remember my pill.

Got it in this morning though and, as much as I can, plan to three times a day from here on.

It's so hard but at the same time so comically predictable. I'll get to that herbal week I promised soon but for now I need to climb out of this hole.
posted Friday, May 22, 2009 4 comments: 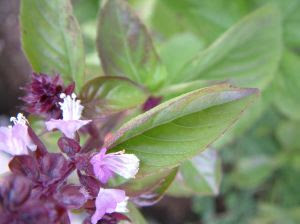 For the third or fourth time since launching The Pursuit of Happiness I'm going to try to take this blog in a new direction. On a more or less weekly basis I'm going to pick a ______ and Depression theme and produce four or five entries about it. Why? I'll get into that at the bottom of this post.

This week I'm going to get into herbs and depression. Obviously the big herb in depression therapy is St. John's Wort. I have discussed SJW, especially my experiences with it, ad nauseam in the past. Tomorrow I'll cover it a bit more thoughtfully. Then later in the week I'll get into other herbs that directly or peripherally can be helpful for those suffering from depression.

Personally, I'm a big fan of herbs. I first got into them when I a) fell in love with pesto and b) priced fresh basil in the grocery store. Suddenly an herb garden with lots and lots of basil made a lot of sense. Now I keep a fair sized herb garden with oregano, chives, sage, arugula, rosemary, three types of basil (sweet or Genovese, columnar and African blue), mint and a few various others that change from season to season.

This all began a few years before my diagnosis of mild depression. When that happened and my therapist tried to take me straight to medication I instead turned to my herb garden. I knew about St. John's Wort but had never grown it nor did I want to. I thought that I probably couldn't produce a consistent enough dosage for it to be effective.

But my diagnosis specifically was mild depression brought on by social anxiety. I still wonder if that is BS b/c the drug she wanted me to take was actually for social anxiety and I'm the suspicious type. However it felt right because I was pretty sure I was depressed and I've been socially anxious my whole life; don't need a diagnosis to know that!

So I read up on the herbs that I already happened to have and made a list of the ones that were said to be helpful against depression as well as relaxing or useful against anxiousness. Anyone who's suffered from depression knows that even temporary relief is blessed, one reason that I think depression can lead to a lot of addictions.

Anywho…
I harvested all of the herbs on my list - five or six, I think it was - and mixed them with about an equal amount of green tea. The stuff tasted like muddy feet but it really did make me feel better. I was working at an office at the time and would come home and lunch to a cup of the tea. It always left me feeling relaxed and, not happy, but content. The effect usually lasted two or three hours.

So that plus the previous entries about SJW have been my experience with herbs and depression. We'll get into more specific discussion about this through the rest of the week.

Why am I doing this?
OK, for anyone still reading and for my regular readers who are probably the only people interested in the why of my new _______ and Depression series.

I'm doing it specifically because I'm out of money. I've been working at home, freelancing for three and a half years now. As everyone else in the world is saying, the economy finally got me. I'm having a much harder time finding clients, my savings have dried up and my taxes were a lot more than I expected.

So I'm trying to turn some of my hobby and navel-gazing sites, like this one, into money makers.

Now, my motivation may be crass but it is one of necessity. Even so, my voice here will remain the same honest, confessional voice that it always has been. Hiding behind anonymity gives me the freedom to be much more honest than I can in anything else that I do.

So, to my loyal readers, I say thank you for the support and comments that you have left on this blog and sent to me personally. I hope that you will continue to read and you enjoy the new direction.
posted Monday, May 04, 2009 5 comments: