I wrote this post, Am I Depressed or Just Lazy, some time ago. At the time it was really a rhetorical question. I believed that I was about equal doses of each. The post was really about me trying to poke myself into action. If one admits a personal foible in public then he will be more conscious of it and therefore more corrective of it in the future, right?

But perhaps I'm not as lazy as I thought. Perhaps I'm more depressed than I've believed. Here's why I say that. That little post has become one of the most popular on the blog thanks to search engines. And it turns out that a lot of people have this same question, "Am I depressed or lazy?"

I've been noticing this for months and wondering what I could do about it. I'm certainly not equipped to deal with anyone else's problems nor would I presume to offer advice but I know how to find some people who are so equipped. So I thought I'd track down a blogging psychologist that might answer some questions about this issue. Should be interesting reading and it might even help some of those readers that find The Pursuit of Happiness after trying to resolve their own laziness vs. depressiveness.

So help me out. I jotted down a few questions but they don't seem to get to the root of it:

Where does this question come from? What is the apparent connection that many of us feel between the symptoms of depression and simple laziness?

It strikes me that only a depressed person would come up with this question. Someone who is simply lazy would likely not confuse his or her “condition” with depression. Do you agree or disagree? Why?

What would you suggest to someone who is asking him or herself this question?

What else should I ask? And anyone know of a pro that could expertly answer these questions?

The Pursuit of Happiness has made another list: Top 100 Men’s Health Blogs
Check it out.
posted Thursday, October 23, 2008 1 comment:

LetsFaceThis.com - Received in my Email Today

Did you know that, in Canada :

* Nearly one in three people will be affected by a mental illness in their lifetime?
* Almost 46% think people use the term mental illness as an excuse for bad behaviour?
* One in four are fearful of being around those who suffer from serious mental illness?

Let’s Face This – Confront the Stigma of Mental Illness is an innovative grassroots web campaign designed to raise much-needed funds and awareness in support of mental health treatment and research. It is being launched in conjunction with Mental Illness Awareness Week, taking place from October 5 – 11.

Why is it important?

Despite the prevalence and impact mental illness can have on people’s lives and the lives of their loved ones, in many cases it goes undiagnosed and untreated.

Why? Because there is a persistent stigma surrounding mental illness which can leave individuals too ashamed to seek help; too embarrassed to confide in a loved one, and left feeling alone and helpless.

What Can You Do To Help?

We invite you to visit the website - letsfacethis.ca – and post a photo and message on the “Tree of Support”. With each new photo added, the “tree” will grow, symbolizing growing awareness, education, fundraising and hope for those suffering from mental illness.

Let’s Face This reminds us that mental illnesses, like depression and anxiety, are not the result of personality flaws or character weakness, but, like other illnesses, are biological in nature. And like other medical conditions, respond to treatment and care.

I invite you to join me and countless others confront the stigma of mental illness.

Let’s Face This together and confront the stigma of mental illness.

This is probably the only work that I’m going to do today.

Last week was probably the biggest week of the year for me, both professionally and personally. I attended the most important annual conference of my industry, I presented two lectures (and was paid well for the effort), my wife came with me for the first time and I tried to do it all without St. Johns Wort.

This was primarily a packing decision and I’m really not sure why I did it. There were other concerns such as being able to take my thrice daily dose without having to answer questions from my colleagues and being overly cautious about airport security but I think that perhaps I just wanted to see if I could pull it off.

Conferences like this one mean that you get to interact with others who uniquely understand your professional worries and joys. It’s always a high and I look forward to this one all year long. Plus just the vacationy aspect of the event, even though one is working the whole time, makes it an upbeat thing. Perhaps I thought that I’d try coasting on this energy.

Now, I was worried about the lecture as you know from previous posts. (I survived, by the way. My wife was very complimentary, which she never is so falsely, and a handful of the audience came up to further discuss the topic both hours so I guess I pulled it off. There was also discussion with the organizers afterwards of my returning next year. So I suppose we should put this in the professional successes column.) But it was the first thing of the week and, again, I thought that I could coast on my relief that it was over and leave SJW out of my life for at least one week.

We left on Tuesday. By noon on Friday I was curled up in a ball in my hotel room bed full of self castigation and doubt. I told everyone that it was a dodgy breakfast burrito that I’d had at a local diner.

I slept for a few hours that day, skipping some of the best seminars of the week, before I was able to roust myself in time to catch the last event of the day. There were meetings on Saturday, too, but I was able to make those.

Overall, the week was good. I mostly enjoyed myself and I feel recharged professionally. I’m taking today to decompress but I learned an important lesson. St. John’s Wort works for me but I have to stay on it or risk a crash. I’m not sure if the pressures and eustress of the week got to me or just the fact that I’d laid the herb aside caused me to plummet but either way I’m convinced that it wouldn’t have happened had I just packed it. 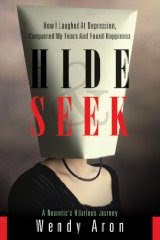 Let’s say that you have to go on a trip to a city in a foreign country. You’ve never been there and you don’t speak the language. It doesn’t matter whether you want to go or not; you have to go.

Now, you can take one companion with you and you’ve narrowed your choices down to three. First is your insanely rich grandfather. You love your grandfather and he loves you although you don’t have a lot in common. He’s promised that you will only have the finest on your trip – first class travel, the best hotels and meals in the finest restaurants.

Second is your brainy cousin. Again, you love your cousin and he loves you and you have as much in common with him as any two people of the same generation. The advantage here is that this cousin is a professor. He teaches the language and culture of the very same country where you are headed. In fact he goes there about once a year. He can pay his own way and promises to show you the most interesting and intellectually stimulating bits of the culture that you’ll be visiting for the first time.

Third is your friend. She makes you laugh.

Whom do you choose? It’d be a tough decision but I’m pretty sure that I’d take my friend.

This is Hide & Seek. I didn’t want to take this trip to Depression and I’m not particularly fond of being here. But reading this book is like being able to go there with my friend who makes me laugh.

Other books could tell me all of the different types of depression, what causes them and what treatments work. Of course we all read those books and they help a bit but a commiseratory laugh seems to help a heluva lot more.

Hide & Seek focuses on one year of Aron’s life in New York. The loose frame of the book is built when we learn that her therapist, upon whom she’s come to depend, might be moving to LA. Aron spends this year frantically trying all sorts of different solutions to losing such a valuable person in her life. She tries speed dating, assertiveness training, aromatherapy, etc. Each step in her journey is told in hilarious vignettes where she describes the bizarre solutions offered to her by even more bizarre people.

Aron’s had a rougher time of it than I have. My whiny little “mild” depression pales but when she says things like ‘we depressives react this way when that happens’ I can instantly identify. It’s nice laugh at depression with her; she lifts the darkness.

Going through depression is like going through labor – only you know how much pain you’re in. While the result of labor, no matter how long, is a bundle of joy, depression ends up taking its toll on both mind and body. I should know, I’ve been through the symptoms a couple of times in my life – you’re not able to eat or sleep, you’re scared to get into bed because of the nightmares that haunt you so you drink yourself to sleep, getting out of bed each morning is a drag because you can’t seem to think of a reason to get up and face the day, and your mind wanders in its own lonely and sad cocoon irrespective of what people around you are saying and doing. I do have one good thing to say about depression though - it can be cured without medical treatment if you’re mentally strong enough. Here are a few pointers from my suitcase of memories to help those battling this disease:

This article is contributed by Sarah Scrafford, who regularly writes on the topic of x ray tech schools. She invites your questions, comments and freelancing job inquiries at her email address: sarah.scrafford25@gmail.com.
posted Wednesday, October 01, 2008 9 comments: